Barrett-Jackson, The World’s Greatest Collector Car Auctions, kicked off its “Road to 50” – a year-long celebration toward the company’s 50th Anniversary – with its largest and most successful auction in its 49-year history. The celebrity-filled Barrett-Jackson Scottsdale Auction on January 11-19, 2020, boasted its largest docket ever, with a record number of bidders vying for over 1,900 vehicles that sold for more than $129.7 million, while over 1,200 pieces of automobilia brought in more than $3.7 million and $7.625 million was raised through the sale of nine charity vehicles, bringing the total amount sold on the Barrett-Jackson auction block to more than $141 million.

“We kicked off our ‘Road to 50’ in Scottsdale with our foot planted on the accelerator,” said Craig Jackson chairman and CEO of Barrett-Jackson. “Our sponsors, consignors, bidders and guests made this week’s auction epic. We hit one new auction record after another, raised $7.625 million for charity, which included the sale of two VIN 001 vehicles and rewrote automotive history with the unveil of my newly restored 1967 Shelby GT500 EXP ‘Little Red.’ As we ramp up for our 50th Anniversary next year, we’ll continue to drive the excitement from Scottsdale right into our Palm Beach, Northeast and Las Vegas auctions.” 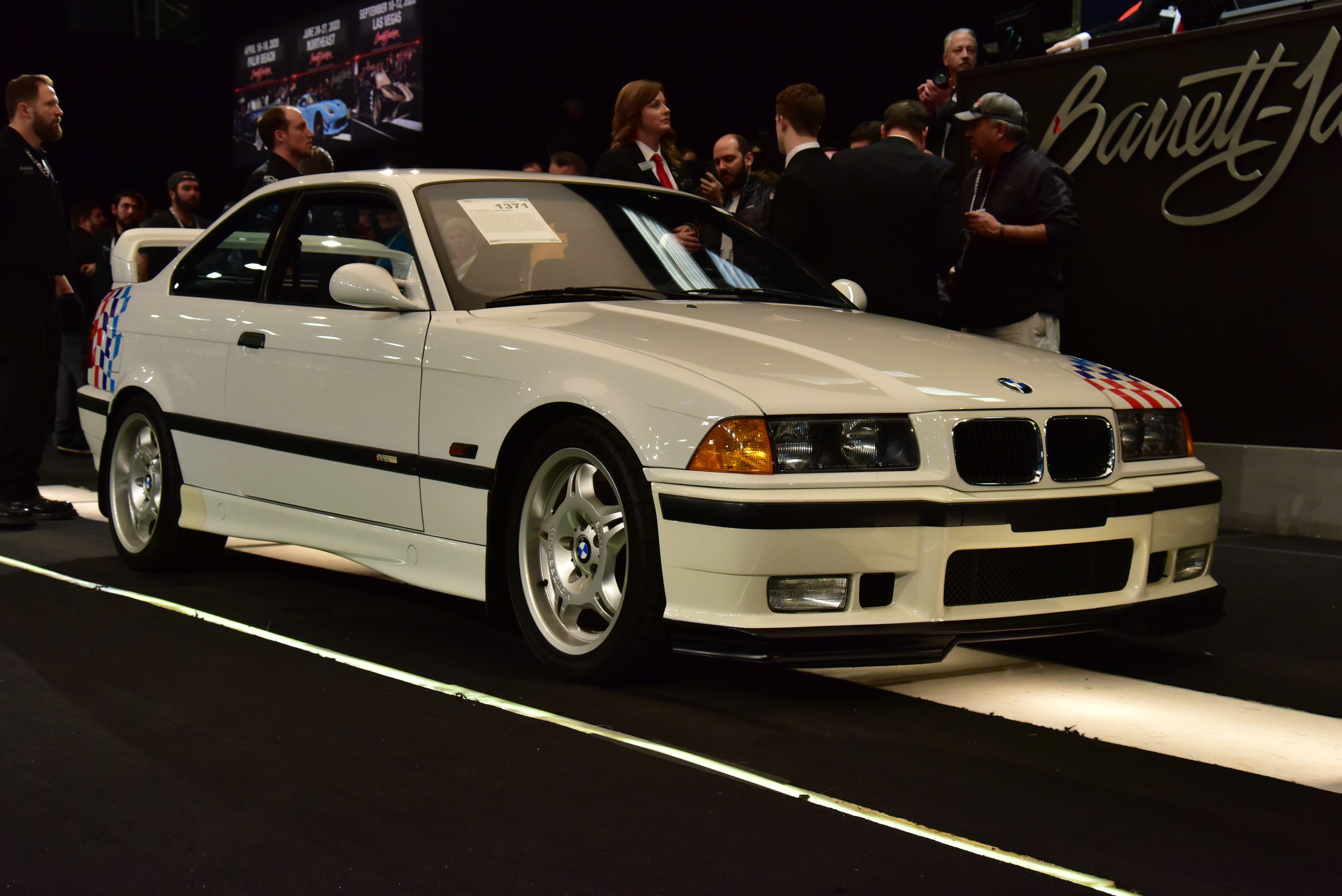 During the week, nine collections – the most ever offered by Barrett-Jackson – included over 180 well-preserved and maintained collector vehicles that all sold at No Reserve. The Paul Walker Collection was among the most anticipated and set several auction records, including a 1995 BMW M3 Lightweight (Lot #1371) that sold for $385,000 – more than doubling the previous auction record. Other celebrity-owned cars that crossed the block included Simon Cowell’s 1977 Ford Bronco and 2009 Bentley Azure (Lot #1301.2), Mariano Rivera’s 2020 Toyota Supra Launch Edition (Lot #1076) and John Elway’s 1992 Dodge Viper (Lot #1025). 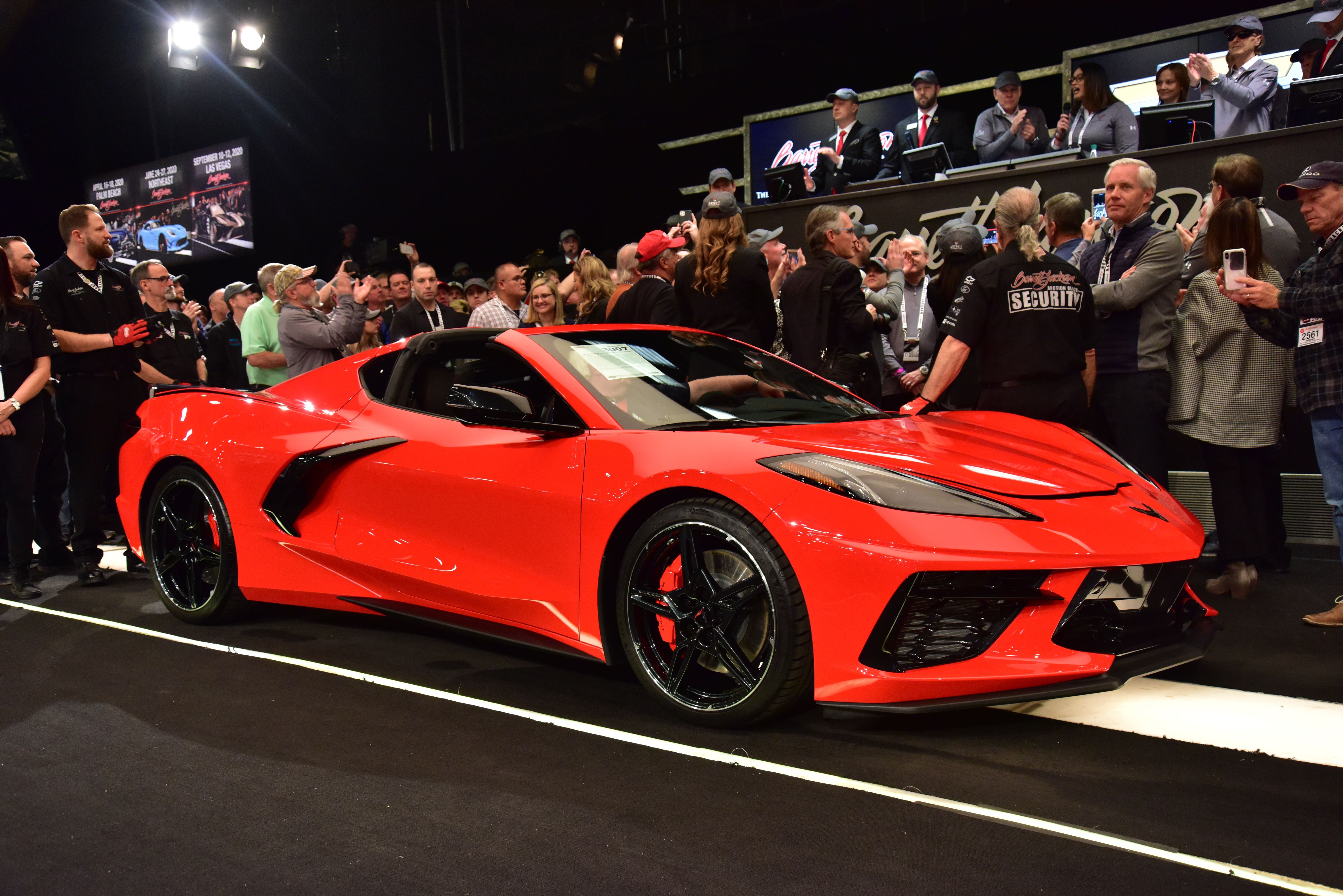 History-making charity sales happened throughout week, including the world’s first mid-engine Corvette, the 2020 Chevrolet Stingray VIN 001 (Lot #3007) that sold for $3 million, and the first production 2021 Lexus LC 500 Convertible Inspiration Series VIN 100001(Lot #3003) that hammered in at $2 million. Important vehicle unveils from the world’s top automakers, including General Motors, Ford and Lexus, gave auction guests the chance to be among the first to see the latest models rolling off the assembly lines.

The top 10 non-charity vehicles that sold during the 2020 Barrett-Jackson Scottsdale Auction include:

According to Jackson, the auction experienced a surge in new buyers who are snatching up high-quality, drivable customs and Resto-Mods. “New buyers want cars that offer all the modern luxuries and technology with the classic body styles, which continues to drive the demand for Resto-Mods. As their passion, knowledge and experience with collector cars mature, their focus shifts to collecting professionally restored, matching-numbers cars, which is a trend that is keeping this hobby alive and strong.” 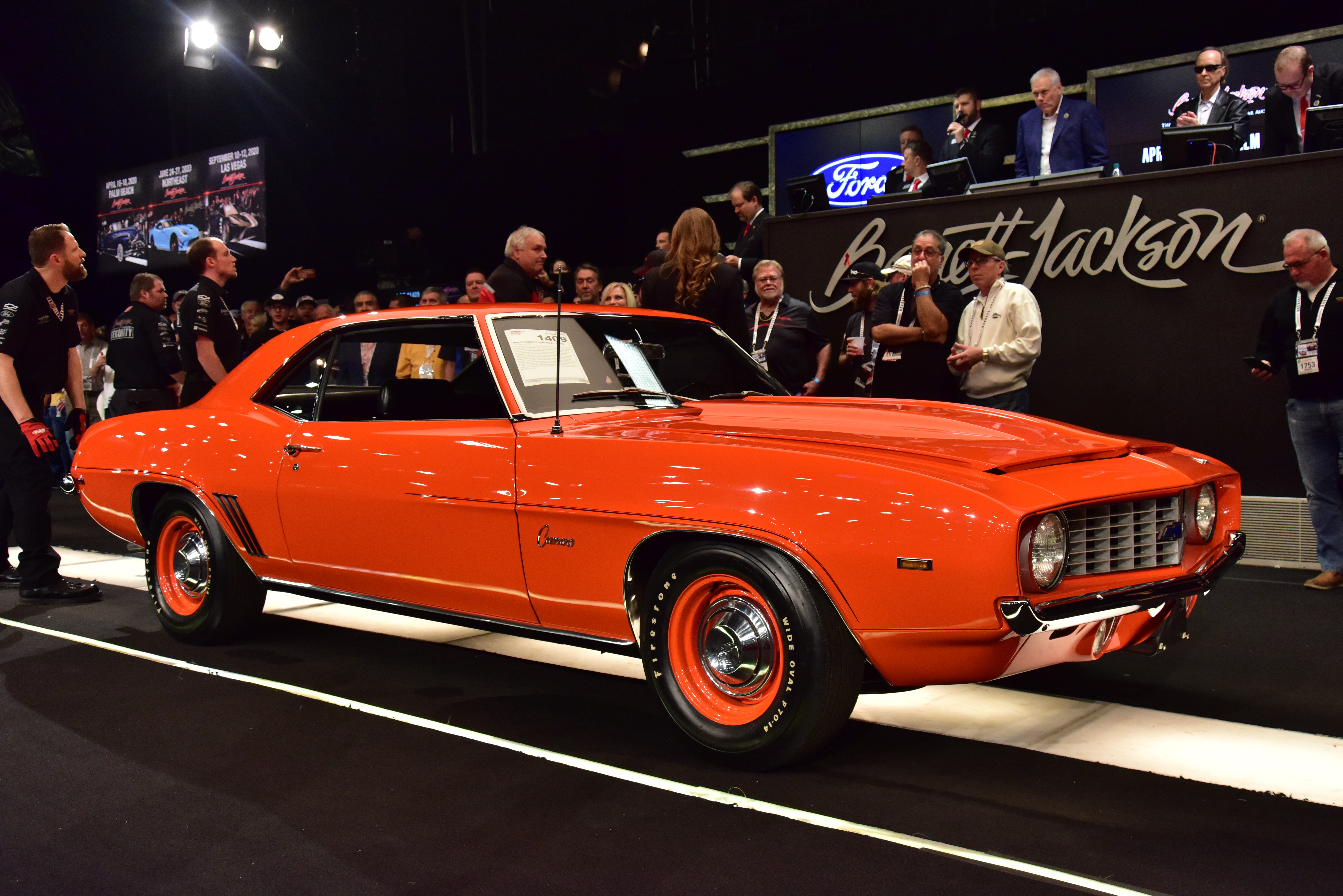 “This was absolutely the most phenomenal Scottsdale Auction in Barrett-Jackson’s history,” said Steve Davis, president of Barrett-Jackson. “We produced and executed the highest grossing event ever and gave guests the chance to experience the absolute exhilaration that only comes from the Barrett-Jackson experience. But what really elevated this Scottsdale Auction to the next level was the wonderful generosity of the many consignors and bidders who opened their hearts to help us raise $7.625 million for charity. What an incredible feeling to know that the collector car community is having such a positive impact on the lives of people across the country who need our help.”

This year’s Automobilia Auction also experienced tremendous success. A total of 1,206 genuine, authentic items sold for more than $3.7 million. Among the most notable pieces sold was a 1951 Mobil Oil Left-Facing Pegasus Porcelain Sign with Animated Neon Sign (Lot #9499.2) that sold for $80,500.

The top Automobilia pieces that sold during the Scottsdale Auction include:

“While we’re coming off our best auction in history, we have so much more exciting news and three more auctions still to come this year,” said Jackson. “Our ‘Road to 50’ is a year-long celebration toward our 50th Anniversary Scottsdale Auction in 2021. Over the coming months we’re going to ramp up for what promises to be the ‘can’t-miss’ automotive event of the last half-century.”